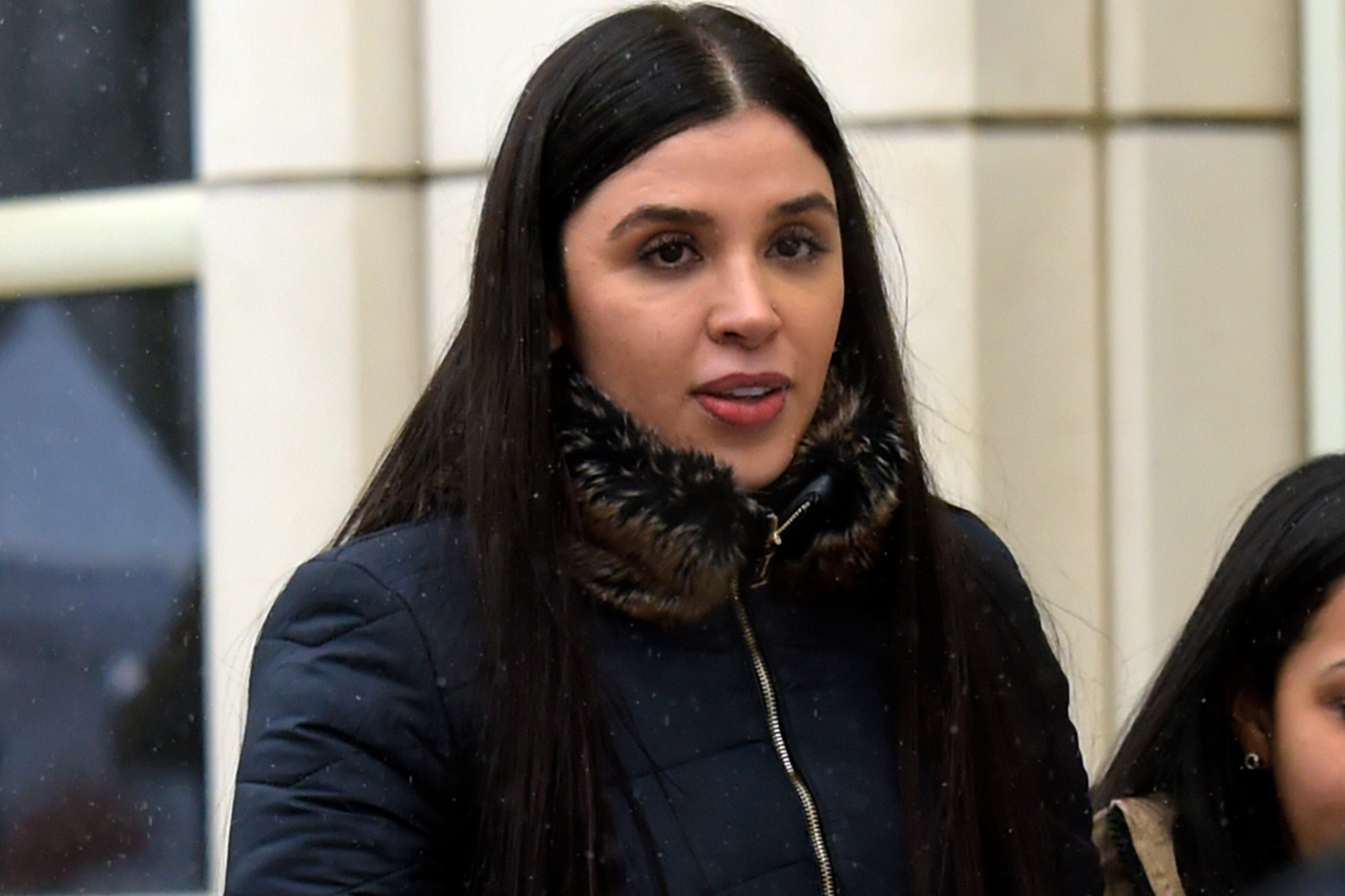 Emma Coronel Aispuro, 31, was busted in Virginia on charges of participating in a conspiracy to distribute cocaine, methamphetamine, heroin and marijuana for importation into the US.

Coronel, a dual US-Mexico citizen who wed Guzman in 2007, was a fixture at his high-profile Brooklyn trial two years ago. He was sentenced to life in prison in July 2019.

Prosecutors allege that not only was she aware of his role as the leader of the violent Sinaloa cartel, but she also served as his go-between to help his drug trafficking operation.

Between 2012 and 2014, while Guzman, now 63, was hiding out from Mexican authorities, his wife allegedly “relayed messages” on his behalf “in furtherance of drug trafficking activities,” according to an arrest affidavit.

When the drug lord was arrested in Mexico in February 2014, she allegedly continued to deliver messages she got from him during prison visits.

She also assisted in two plots to help Guzman escape from Mexican lockups — including his infamous 2015 jailbreak through an underground tunnel, the feds allege.

Court papers charge that Coronel played a key role in the audacious escape — an elaborate, months-long plan to dig into Guzman’s cell and whisk him away through a tunnel on a motorbike.

She allegedly worked with Guzman’s sons and a witness, who is now cooperating with the feds, to organize construction of the milelong, lighted passage.

The plot involved buying a piece of land near the prison, purchasing firearms and an armored truck and smuggling in a GPS watch to Guzman so they could pinpoint his location “to construct the tunnel with an entry point accessible to him,” the court docs state.

There were suggestions during Guzman’s trial that his wife was involved in cartel activities and had helped with his escape.

Former Sinaloa cartel capo Damaso Lopez Nuñez told the court Coronel had personally told him Guzman “was thinking of taking the risk of again escaping from prison and was wondering if I could help with that.”

“I said sure,” Lopez testified at the time.

She sat stoically through the blockbuster trial — sometimes wearing matching outfits with her hubby — even through testimony about his mistresses and how he spied on her cellphone.

A federal law enforcement source previously told The Post in 2019 that the feds were probing Coronel, also known as “La Reinita” or the little queen.

The leggy brunette is a former teenage beauty queen and the mother of Guzman’s twin daughters. She appeared on the VH1 reality-TV show “Cartel Crew” in November 2019.

She was nabbed at Dulles International Airport and is set to appear by video conference before a judge in Washington D.C. on Tuesday.

It was not immediately clear if she had an attorney who could comment on the allegations.

What the Bond Market Is Telling Us About the Biden Economy