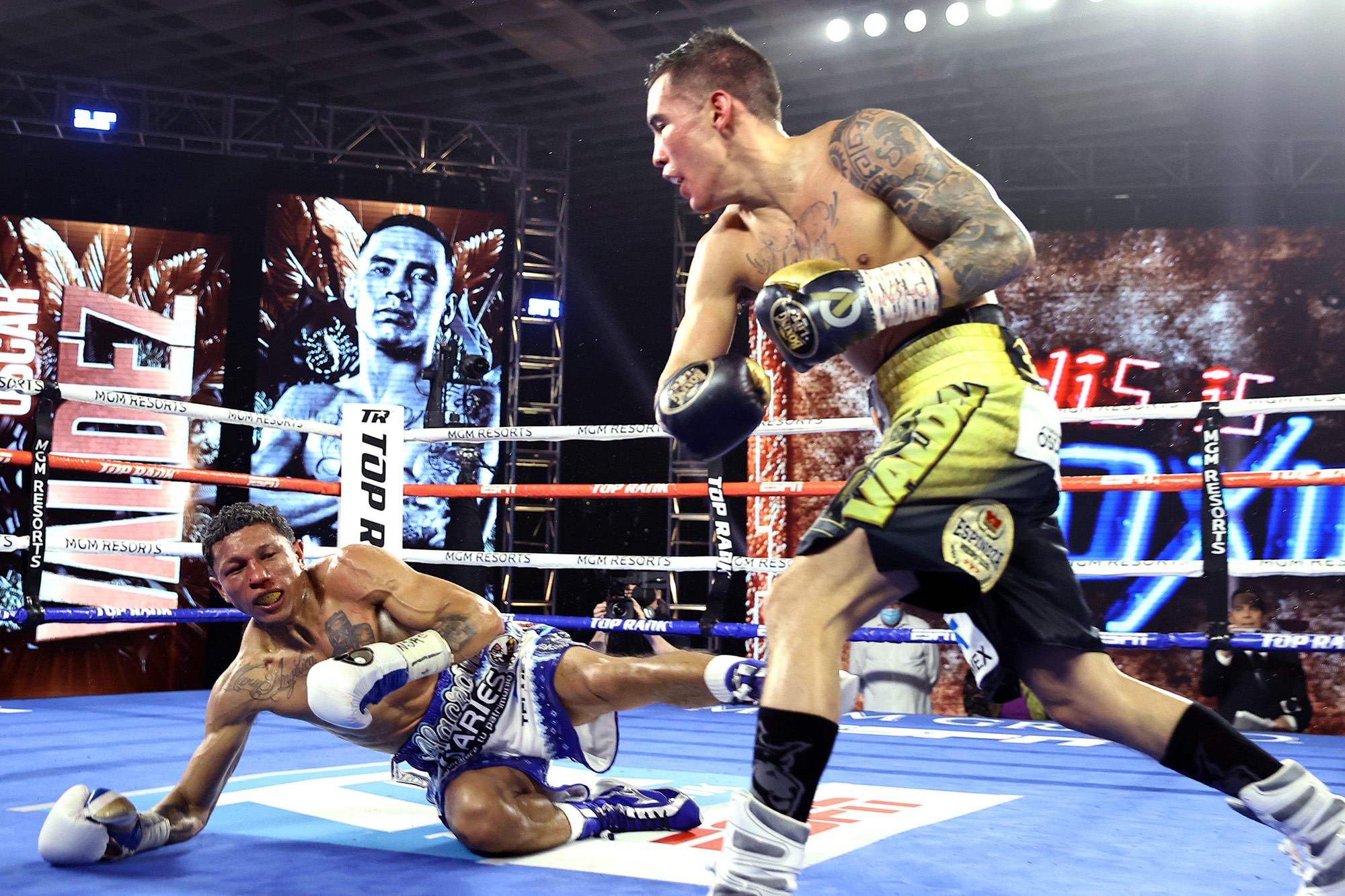 Oscar Valdez defeated defending champion Miguel Berchelt to secure the WBC super featherweight belt on Saturday after delivering a mighty left hook to knock him out cold at the end of the 10th round.

The win could lead Valdez to a fight with WBO champion Shakur Stevenson, who sat ringside at the MGM Grand Conference Center and said, “That’s the only fight to make now.”

Berchelt didn’t move for several seconds after being knocked out and had to be assisted into a seated position.

Valdez scored a knockdown in the fourth when the referee ruled that the ropes held Berchelt up. But Berchelt, who held the WBC super featherweight title since 2017 and is considered the world’s best active super featherweight, mounted a rally at the midpoint of the match.

“There’s nothing better in life than proving people wrong,” the 30-year-old Valdez told reporters. “I have a list of people who doubted me. My idols doubted me. Boxing analysts doubted me. They said Berchelt was going to knock me out. I have a message to everybody: Don’t let anyone tell you what you can and can’t do.”

Rutgers loses to No. 3 Michigan as offense struggles

Rich Gannon out at CBS in NFL broadcast shakeup

Bill Maher sounds off ahead of Trumps CPAC speech