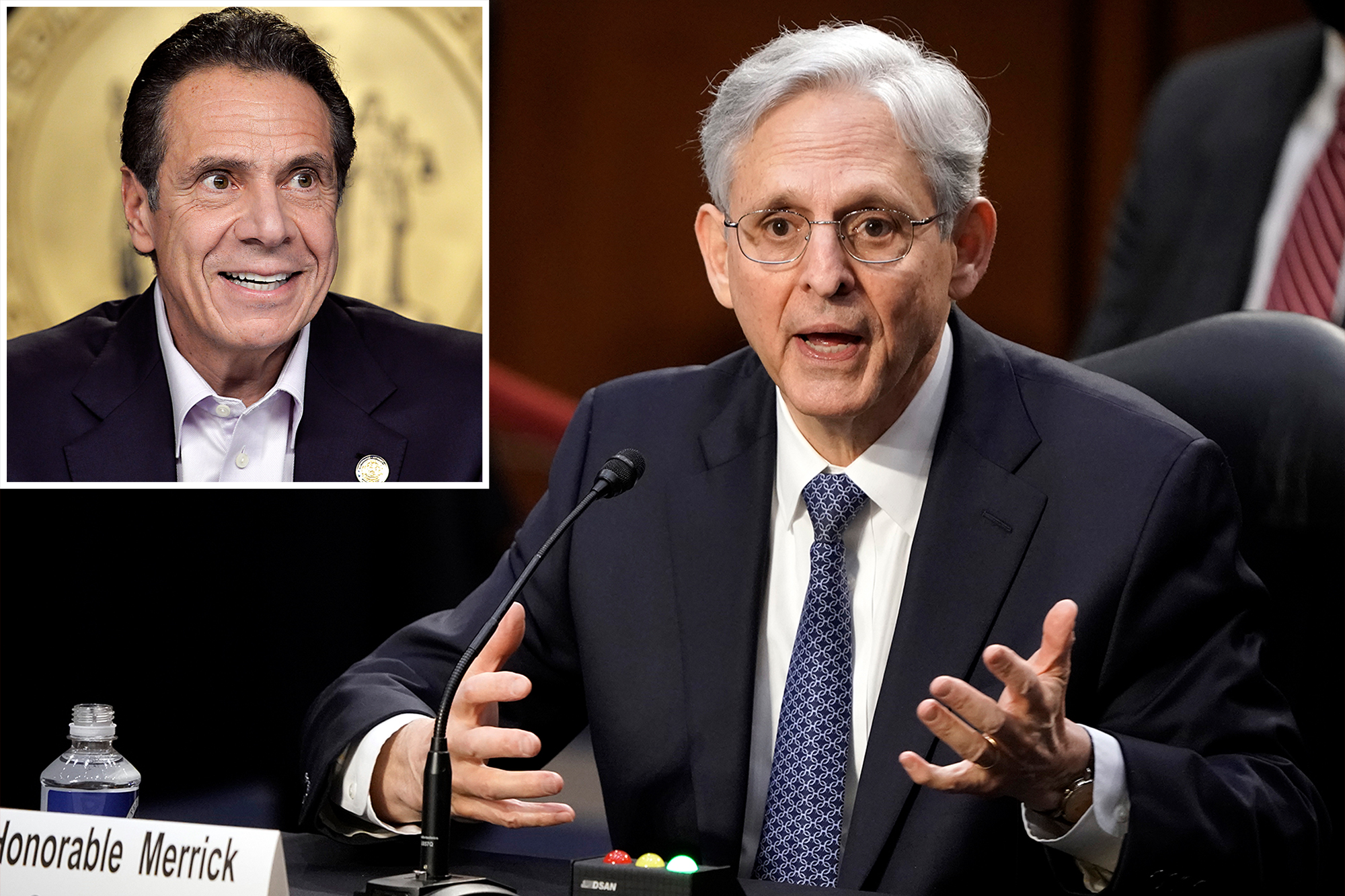 The scandal enveloping Gov. Andrew Cuomo seeped into the confirmation hearing for President Biden’s attorney general nominee Monday, when Merrick Garland was asked whether a reported federal probe would be compromised by the personal ties a top Cuomo aide shares with one of New York City’s two US attorneys.

Garland, a federal appeals judge, would oversee Manhattan US Attorney Audrey Strauss, the mother-in-law of Cuomo aide Melissa DeRosa, who admitted the administration withheld the true number of deaths among nursing home residents due to COVID-19, her explosive remarks revealed earlier this month by The Post.

Sen. Ted Cruz (R-Texas) told Garland at his Senate Judiciary Committee confirmation hearing that he was concerned about Strauss’ role.

“In this instance, the acting US attorney is the mother in law of the senior official in the Cuomo administration that admitted to the coverup. Will you at least commit to not having the administrative investigation done by a person with a conflict of interest?” Cruz asked.

“I don’t know any of the facts, but I can guarantee you that somebody with a conflict of interest will not be the person running an investigation of any kind,” Garland said.

The Brooklyn-based US Attorney for the Eastern District of New York, Seth DuCharme, and the FBI reportedly are looking into the Democratic governor’s conduct. It’s unclear what role if any Manhattan’s Southern District, led by Strauss, is playing in the review.

In response to an initial question from Cruz about the reported probe, Garland told Cruz, “with all all of these investigations, the Justice Department is open to evidence of fraud, false statements violations of the law and normally begin in the appropriate way in the relevant US attorney’s office.”

Cuomo says state officials sent the Justice Department some information on Jan. 8 about nursing home deaths, but he has not publicly released the document.

The governor, who won an Emmy award for his COVID-19 press conferences and parlayed the pandemic into a best-selling book on his own leadership during the crisis, denies that a March 25 state rule barring nursing homes from turning away coronavirus-positive patients contributed significantly to New York’s 46,000 COVID-19 deaths.

DeRosa told state legislators that when the Justice Department requested complete death data on nursing homes “we froze” out of fear that the true numbers would “be used against us” by federal prosecutors.