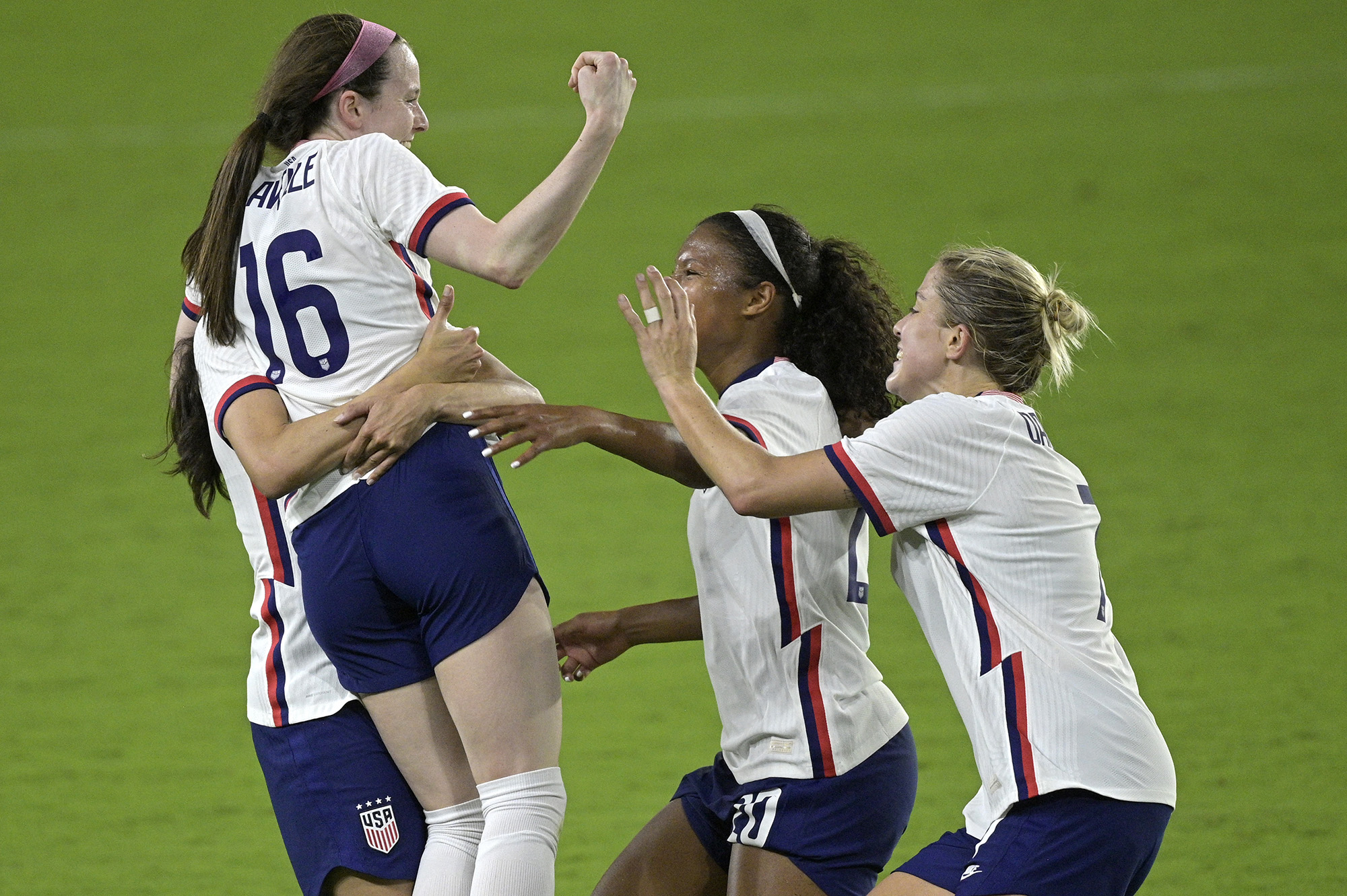 ORLANDO, Fla. — Rose Lavelle scored in the 79th minute to give the United States a 1-0 victory over Canada in the SheBelieves Cup on Thursday night.

The U.S. extended its winning streak to 35 matches overall and 51 on American soil.

Alex Morgan’s header off a cross from Crystal Dunn was just wide for the top-ranked Americans in the 68th minute. Lavelle, who came in as a substitute, picked up a loose ball off a free kick and scored.

“She brings this creativity that is just so special, and it’s like you get lost watching it,” defender Midge Purce said.

The Canadians were competitive despite missing several key players because of injury, including all-time leading international goal scorer Christine Sinclair as well as Diana Matheson, Erin McLeod and Bianca St-Georges. Kadeisha Buchanan, Jordyn Huitema and Ashley Lawrence were not released by their European clubs.

Canadian goalkeeper Kailen Sheridan was helped off the field with an injury in the opening minutes. She was replaced by Stephanie Labbe, who made a diving save against Lynn Williams in the 39th minute.

Nichelle Prince had a pair of good chances for Canada early in the second half but couldn’t convert.

“It was definitely not for a lack of creativity, but I would say it was more about a lack of execution,” U.S. coach Vlatko Andonovski said. “We created some good opportunities after a good build-up, or we were able to break them down with good creativity. But we were not able to execute on it. I’m just glad that after missing all those opportunities that we were able to find a way to score a goal.”

It was Bev Priestman’s first match as coach of the eighth-ranked Canadians, who are preparing for the Tokyo Olympics this summer. The United States will be seeking its fifth gold medal in seven Olympic tournaments.

“I think for an opening game as a new coach coming in, you want players to put everything out on the field and I absolutely am really proud, I thought they did that,” Priestman said. “The mindset was right, first and foremost, they were brave, they worked really, really hard, and I think they took it to the U.S. in moments in that game.”

Priestman was disappointed about an apparent handball not being called in the 74th minute that would have given Canada a penalty kick.

Canada’s last victory over the Americans was back in 2001. The United States improved its record in the series to 51-3-7.

This is the sixth edition of the SheBelieves Cup. The U.S. is the defending champion.

Argentina had four players ruled out of its first match because of coronavirus protocols.

Florida women dressed up as ‘grannies’ to get COVID vaccine